Wow! another fantastic day of learning, working together and having fun.  The yellow team children in year 3 and 4 started off the day finding out about a  very important person in Cornish History, Richard Trevithick.  Richard Trevithick (April 13,1771 – April 22, 1833) was a Cornish inventor and engineer. He is best known for making the first working steam locomotive. However, it was designed to be a road vehicle, not a railroad one.

Ask your child to tell you what was this locomotive called and when and where did he first test it out. Answers :  Puffing Devil  was the name of the locomotive.

Christmas Eve 1801  was when he first tested the locomotive.  Going Up Camborne Hill  was where he test it.  I feel a song coming on.
The children then went on making their own locomotives and finished off their exciting day by having their own races in the hall
The green team had another fantastic day in EYFS and KS1. We began by creating booklets filled with facts and pictures of Geevor tin mine. Some of us even created marvellous mine mazes and challenged our friends to find the path from the surface to the tin! We finished the story of Thomas and the Tinners and became miners by acting out climbing down the ladders, digging and mining with different tools! The day was complete as we sang some traditional Cornish songs and we even had time for a nibble of scones, jam and cream! Yummy!
The Year 3 and 4 Geevor team used clues to plot the position of mines in Cornwall. We then continued our Geevor booklets before presenting to the rest of the group. This afternoon we made up our own games based on facts we learnt at Geevor and some children choose to make an engine house out of lego. 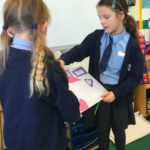 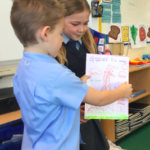 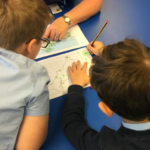 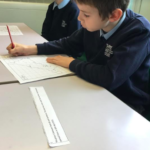 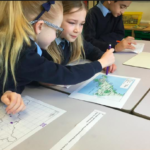 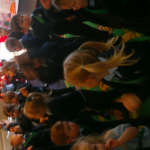 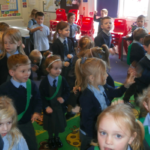 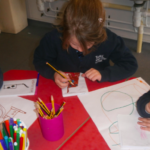 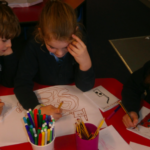 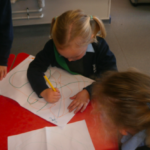 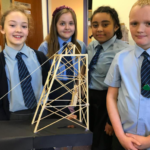 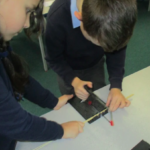 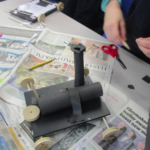 RSS feed for comments on this post. TrackBack URL